The radio has four channels A, B, C and D

The radio can listen to all four channels at the same time, but it can only transmit on the current channel.

The tune button allows the player to change channels

When a player enters space a message is sent out on the players channel A, players on teams normally tune A to the team channel. 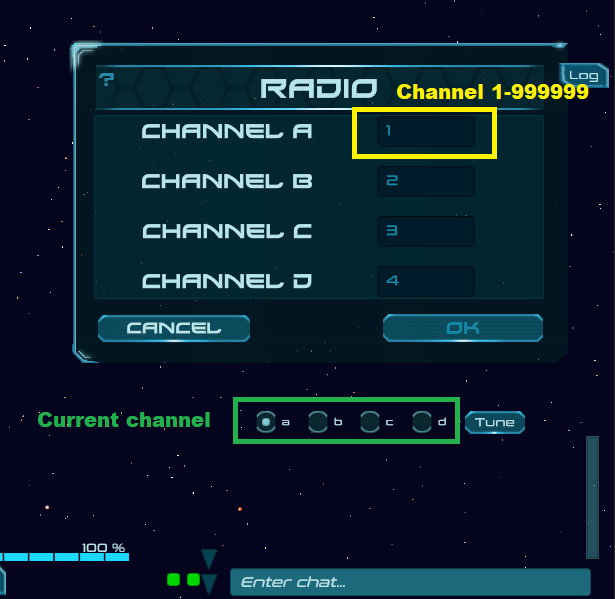 Radio channels less than 1000 are local to the current war.

Radio channels 1000 to 999999 transmit across all wars including Parsec and Mega Wars. This allows a player to be in a Parsec war and listen to the team chat in a Mega War or of a planet is attacked.

Since the radio channels are public, teams should take care to rotate their channels on a regular basis.